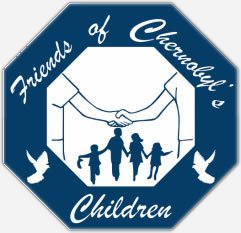 Friends of Chernobyl’s Children (FOCC) helps children who live in the area most severely affected by the explosion at the nuclear power station at Chernobyl in Ukraine on 26th April 1986, an explosion which released far more radiation than the atomic bombs in World War II.

Belarus, Ukraine’s northern neighbour received 70% of the radiation released and there was a severe impact on the farmland with 22% becoming contaminated and many villages being so contaminated that people were relocated and buildings buried. Public health was also affected with increased numbers of miscarriages, birth defects and cancer, especially thyroid cancer.

Radiation still leaks from the damaged reactor as the sarcophagus built to enclose it has developed cracks, although in April 2011 international funding was secured to finalise the installation of a new cover.

The children helped by FOCC all live in the south eastern part of Belarus. Much of the food they eat is contaminated and their immune systems are weakened by radiation. The children come from particularly impoverished homes, some from wooden built country homes, very cold in winter, with no running water or from crowded city apartments which have not been improved since they were built post war. The charity brings them to South Wales, UK, for a month a year for up to 5 visits.

They receive dental and optical checks and treatment and also have consultations with homeopaths and a chiropractor. They return home with a year’s supply of vitamins, new shoes and a supply of donated clothing. However, most importantly they breathe clean air and eat good food for a month and, in some cases, enough food.

For a month each year in June-July, 10 children arrive in South Wales and stay with host households, becoming part of the family for the month. They attend a centre on weekdays from where a programme of activities is organised.

This includes the medical check-ups but most outings are much more fun – they visit the zoo, go quad biking, horse riding, to the beach, safari parks and generally have a wonderful time! An emotional highlight of the trip is the final concert when the children say thank you to those who have helped them by performing sketches and songs.
For more information, please visit the Friends of Chernobyl’s Children website. focc.org.uk/