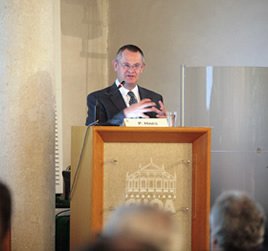 The heritage of S A Partners is deeply rooted in my personal improvement journey. This began in the late 1980s when I studied for a Masters in Business Administration (MBA) at Cardiff University whilst heading up Operations and Supply Chain within a local manufacturing company. The application of Japanese inspired approaches fascinated me enough to self-fund a research visit to Japan. During this trip I was privileged to receive tuition from a number of eminent Japanese Professors and enjoyed visits to many prominent companies such as Mazda, Hitachi and Makino Milling as well as their respective suppliers. On my return I set up the second European application of the then little known kyoryoku kai (or Supplier Association) with the first tier automotive firm Calsonic and reported this as my MBA dissertation. This early work received widespread acclaim including television coverage from the BBC. This response encouraged me to leave employment and set up as a freelance consultant to emulate what I saw and to localise the approach in a European setting.

The diagram below explains how our company has developed with the five years periods outlined above overlaid. It shows how we have grown from the application lean tools and techniques to business system improvement and onto sustainability and leadership.

For a brief potted history of S A Partners together with some our key defining moments, click on the timeline below.

The first of these was a role at Cardiff University where I headed up the newly created Materials Management Unit (MMU) in 1992. The MM Unit grew rapidly, launched a Supply Chain MBA programme and carried out a number of innovative research projects. During this period I spent another 3 months in Japan as a Senior Research Fellow hosted and funded by Toyota.

This trip culminated in my first book Creating World Class Suppliers (1994). It was at this point I was beginning to understand that the essence of Toyota success lay in its culture and not their application of tools and techniques. In 1994 the MM Unit merged with Professor Dan Jones’ research agenda and together we formed the Lean Enterprise Research Centre (LERC). Professor Jones was a co-author of the seminal lean text, Lean Thinking (1996). The period that followed led to a number of importance research outputs with a common theme: how can we apply the high performance and excellence we see in Toyota across a range of industries and sectors outside of the automotive sector?

Staying Lean: Thriving, not just surviving, is a Shingo Prize winning publication for Operational Excellence, in the Research and Professional Publication category. The book draws on the story of a multi-national company that has successfully implemented Lean in its manufacturing and commercial areas to help turnaround the organisation s financial performance.

Staying Lean: Thriving, not just surviving, is a Shingo Prize winning publication for Operational Excellence, in the Research and Professional Publication category. The book draws on the story of a multi-national company that has successfully implemented Lean in its manufacturing and commercial areas to help turnaround the organisation s financial performance.