12 months ago Robin Jaques suffered a near fatal crash while out riding his bike in the Forest of Dean. Breaking four of his ribs on impact, suffering a punctured lung and a burst femoral artery – Robin was losing a lot of blood and was in a critical state. Fortunately for Robin, the Great Western Air Ambulance was scramlbed to attend his accident, and on arrival were able to stabalise his condition, and get him to theatre quickly.

Ever since his accident, Robin has been a huge champion of the charity and their critical service, speaking at public events across North Somerset to raise awareness of our charitable status. Recently Robin and his daughter Yaz paid them a visit to present a cheque for £1,000 to the charity from S A Partners where he is a partner in the business. 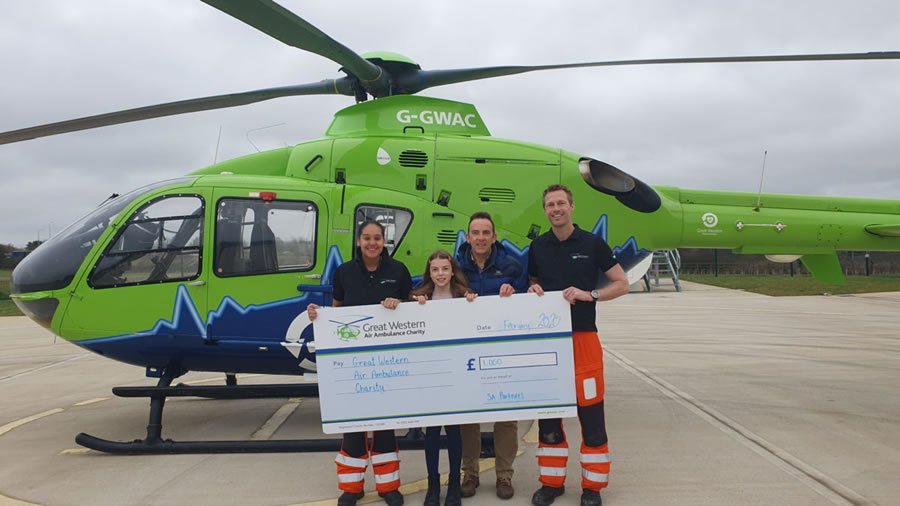 Ian Cantoni, Community Coordinator for Bath and North East Somerset said: “Robin has been a real asset to the charity. He is a wonderful ambassador for our cause in North Somerset and beyond. Robin’s story really is incredible and a testament to the impact our Critical Care Team has on lives across the region.”