We are pleased to announce that Professor Peter Hines and Keivan Zokaei attended the Shingo Institute for Operational Excellence annual conference in Sandusky, Ohio to be presented with the 2014 Shingo Research and Publication Award for their recent book “Creating a Lean and Green Business System”.

The Shingo Institute for Operational Excellence is a not-for-profit organisation housed at Utah State University and named in honour of  Dr. Shigeo Shingo, credited as one of the fathers of the Toyota Production System. Dubbed the “Nobel Prize of Manufacturing” by Business Week, the Shingo Prize is recognized as the premier award for operational excellence.

Keivan and Peter are honoured to be included with such an illustrious list of previous Research Award winners, such as Jeff Liker, Steve Spears, Mike Rother and Norman Bodek.The book explains how to Become economically successful and environmentally sustainable by adopting the lean and green business system model.

Also at the awards was Vale Clydach Refinery, who were presented with the Silver Medallion. Mike Cox and Fiona Buttery received this award on behalf of the group and commended S A Partners for their support in Vale’s continuous improvement journey. 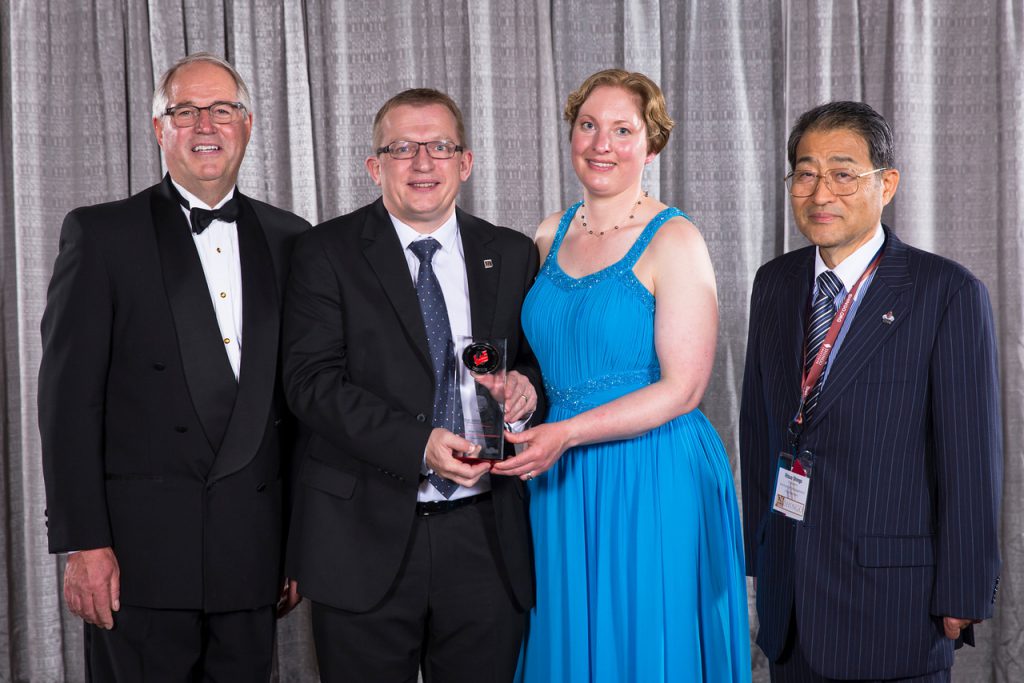 Vale are the first UK Company to be awarded the prize in 25 years with just one other European company being previously recognised. Simon Grogan, S A Partners MD for Europe who’s worked closely with the company, said that “it’s a fantastic reward for the hard work that Vale have been putting in together over the last few years, and ite been a pleasure to be able to support them on their continuous improvement journey”.